Home » News » “I have stopped looking for other things to define me”: Paul’s Story 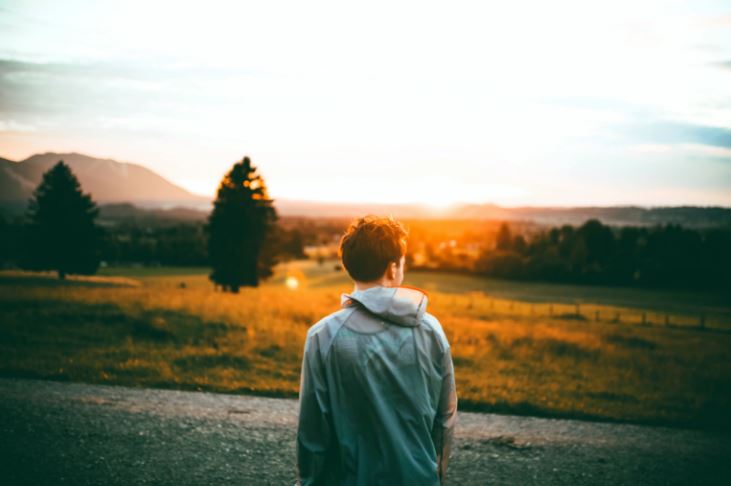 The history of 1st Step is filled with stories of hope and inspiration. The following is a story from a past 1st Step participant:

Psychosis for me was a way to define myself. I allowed it to guide me [and] define my movements. Psychosis was a voice in my head “telling” me what to do, who I was, etc. I used it to try and find my future within.

The thing is that it was not a voice, yet it was; it was manifested as a voice, but it was my beliefs of myself that were being “spoken” through/as the voice. For example, I believed myself to be calm and quiet, so [the voice would say] things like, “if you weren’t you, then you could have gone in that direction,” or “that would happen,” etc. What psychosis was for me was something to put my responsibility for my life upon, so that I did not have to guide myself or take responsibility.

“What psychosis was for me was something to put my responsibility for my life upon, so that I did not have to guide myself or take responsibility.”

I used psychosis to allow myself to feel special. I created a feeling of ‘specialness’ through knowledge that I had a “God” — something to control me in my life. I had a personal God that no one else had. But again, psychosis was a manifestation of the want to be special. I wanted to be special, so I created something that would support my feeling of [being special]. I didn’t want to take responsibility, so I manifested something that I could blame [and] throw my responsibility onto.

This is the power of the mind. This is what can happen if you give up your power to guide yourself.

As well, in psychosis and with marijuana, I started to have hallucinations. The largest, most prominent one I remember is sitting in my bed and looking out the window and ‘seeing’ a fat cat sitting there, laughing at me while eating. It was in all colours. It was as if it existed from light. I experienced this in paranoia. I [also] believed that the elite in the world were after me for investigating them. I was going through conspiracy theories about Masonry and [the] Illuminati. I believed that they were watching me through my mind with [secret] technology.

“I started to have hallucinations. The largest, most prominent one I remember is sitting in my bed and looking out the window and ‘seeing’ a fat cat sitting there, laughing at me while eating.”

Another large part of the hallucinations was that I believed myself to be God, Jesus, the Anti-Christ, the devil, an enlightened being, someone that would bring change. Most likely a lot of other things, but [I] cannot remember them. [I would convince myself of] those things [by] relating the outside world to the inside world. [If I were to look at the] moose on the Moosehead lager bottle, the moose is gold, and in that gold, I would believe that I am the moose, and the moose being gold would mean that I am superior to anything — that which is impenetrable, that which is perfect, that which is valuable. Or I would see a number, the number 6 that would invoke that I would be evil; I would relate evil to being the devil or anti-Christ.

Any psychosis that I experienced would be directly related to me. It would be related to me because I am trying to see myself in other things, trying to define myself by and as other things — trying to find definition for myself in a way. I have stopped this through removing definitions of myself. In definitions, you limit yourself to being that one thing. Even if you define yourself as multiple things, you are still limiting yourself to only those things.

I have started to define and live as life. Therefore I now live as myself here, and live equal to and as all. I live as the Earth, my body being the Earth, and everything in existence as well being from the Earth. So no more superiority in believing myself to be better than anything else because I am ‘human’. That is b.s. in its greatest form. I let other things be now; I no longer try to define myself as them.

“I let other things be now; I no longer try to define myself as them.”

Everyone has their perception, but I have a different experience of emotions, perceptions, and beliefs. And the experience I am talking about here is that one of which I have lived. To experience emotion and define oneself as that is something that is deceptive. I have lived that experience, but I have only experienced those emotions. They are but a fleeting moment — I did not breathe them, I breathed psychosis; I lived the psychosis.

I am not love, I am not feeling; I am the ability to feel love, I am the reason I felt love, I am the purpose that I love. And to look into that ability, reason, and purpose is where self-honesty exists, and that is how I have been able to remove my psychosis. I have stopped looking for other things to define me, and I have stopped defining myself outside of myself.